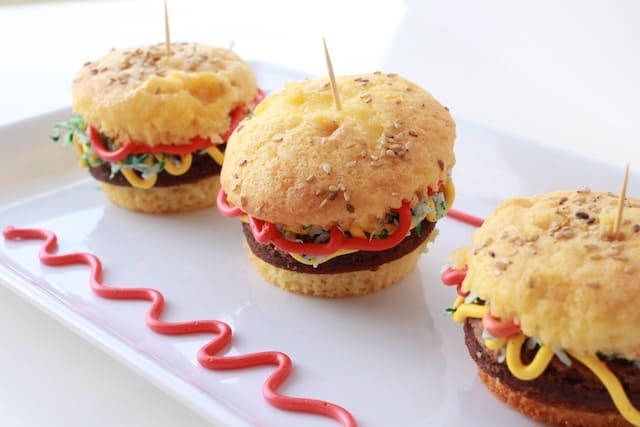 One of my goals for this year was to try more fun desserts for my YouTube channel!  So I was searching around google and I came across a picture similar to this and thought to myself I have to try this! 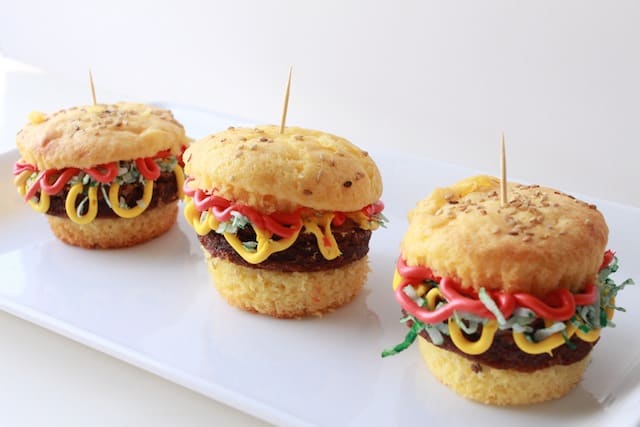 I may have mentioned this before, but I am learning how to be a better food photographer.  After I took multiple pictures of the cupcake hamburgers, I decided it needs a little color!  I piped a red squiggle down the plate, but it was not uniformed so I just made the picture worse, haha.  Do you have any tips for garnishing the plate?

Thanks for reading, let me know what you would like me to blog about!

Tips and Tricks for Making This Hamburger Cupcakes Recipe:

How to Make this Hamburger Cupcakes Recipe:

Bake the yellow cake box into cupcakes. These cupcakes will be used to resemble the “hamburger buns”. 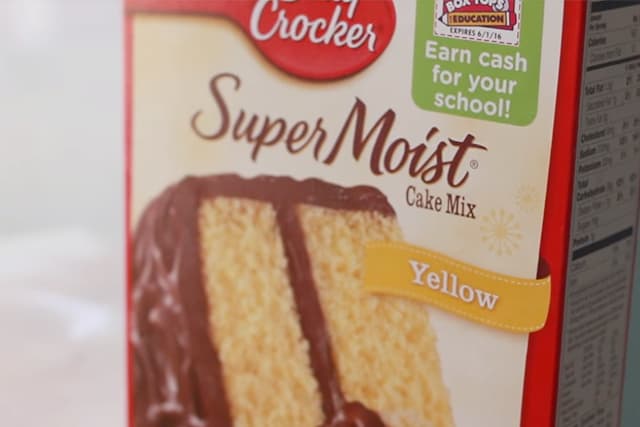 Follow the baking instructions in the yellow cake box mix and bake as required: 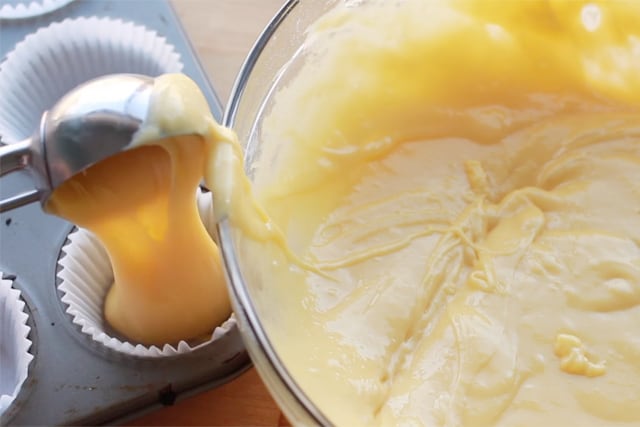 Before popping the cupcakes into the oven, sprinkle a generous amount of sesame seeds, just as what you would see on top of a regular burger bun: 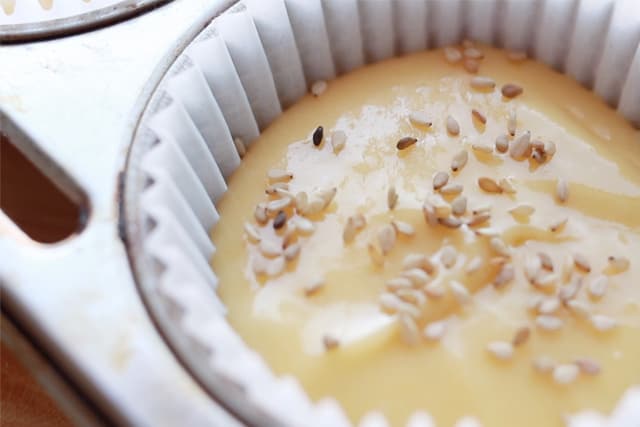 Let the cupcakes cool down completely after baking and start working on the brownies. The brownies will resemble the “burger patties” in the hamburger 🙂

With the dry ingredients, add in the eggs and oil: 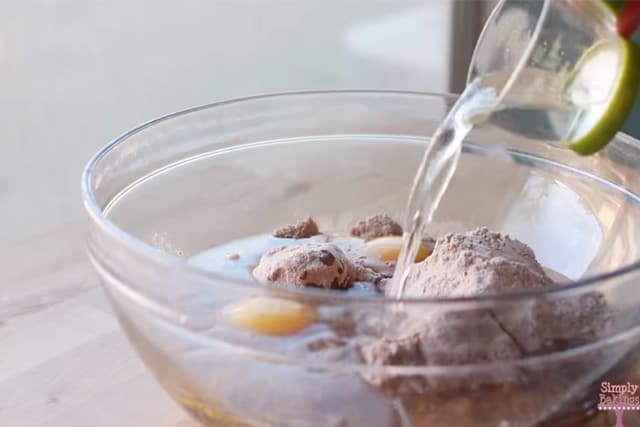 Mix thoroughly until you see no lumps: 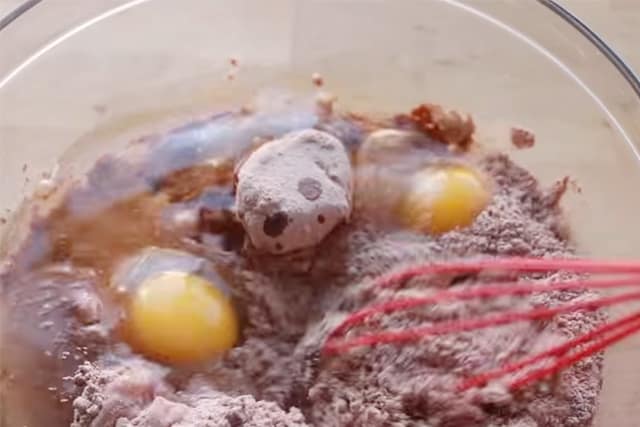 Place in a rectangular baking pan and bake as required: 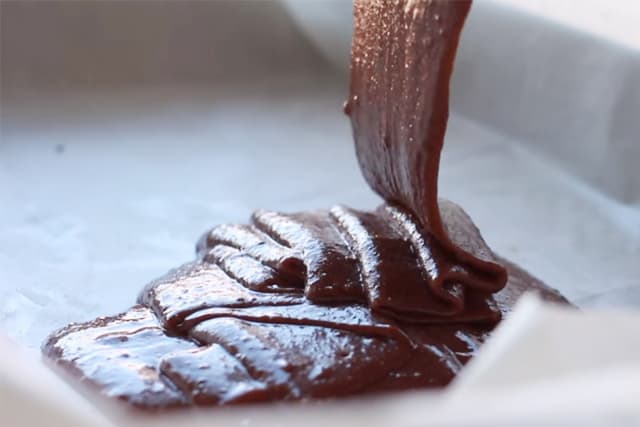 After brownies are baked, cut into circles: 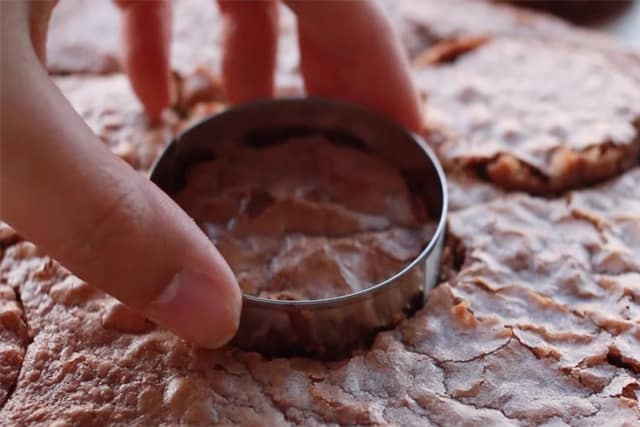 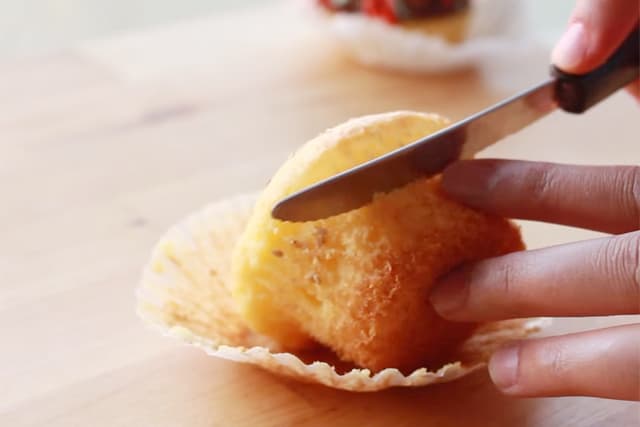 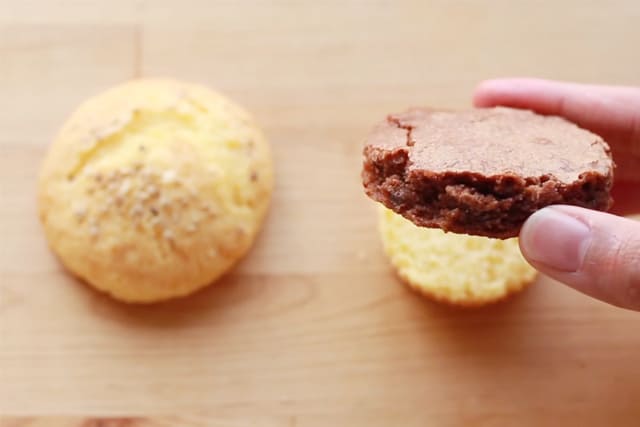 Get the shredded coconut and drop a few green food color and mix. This will resemble the lettuce in a hamburger: 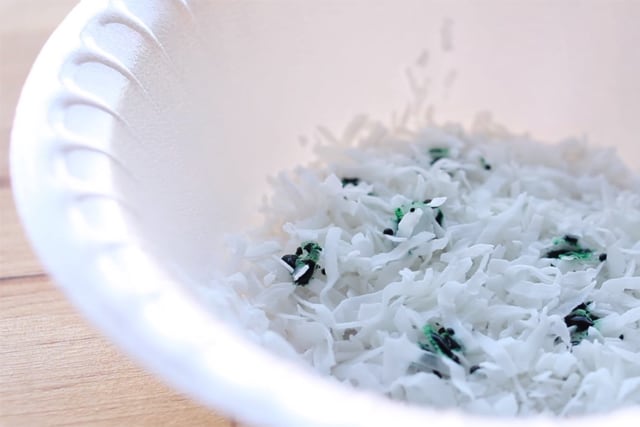 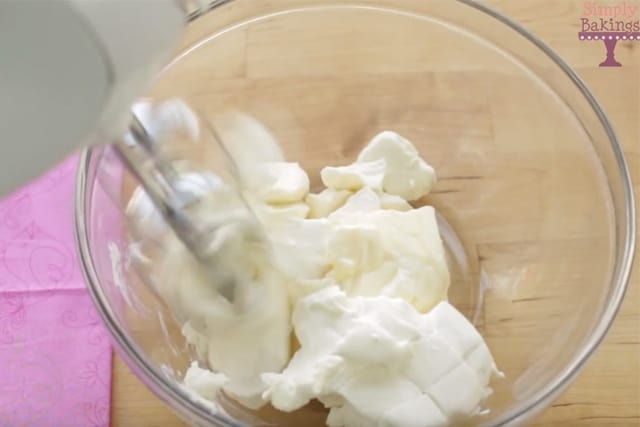 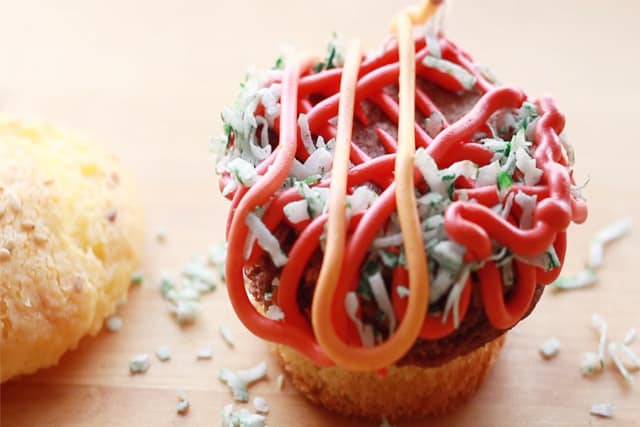 Place the cupcake top to serve as the top of the hamburger bun, just like so: 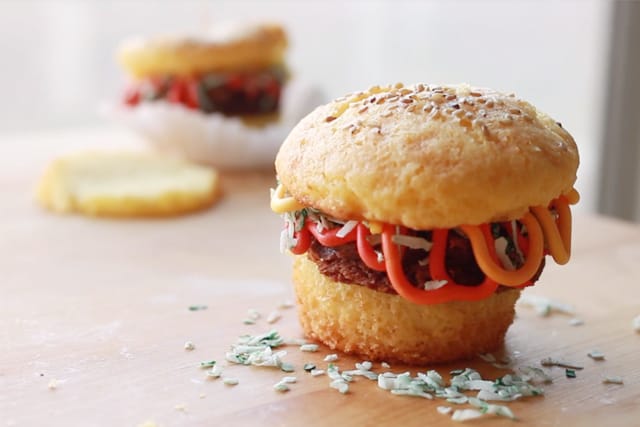 Doesn’t that look so fun?!? You can serve this on birthday parties, Thanksgiving parties, or a sweet “treat” on April Fool’s day! 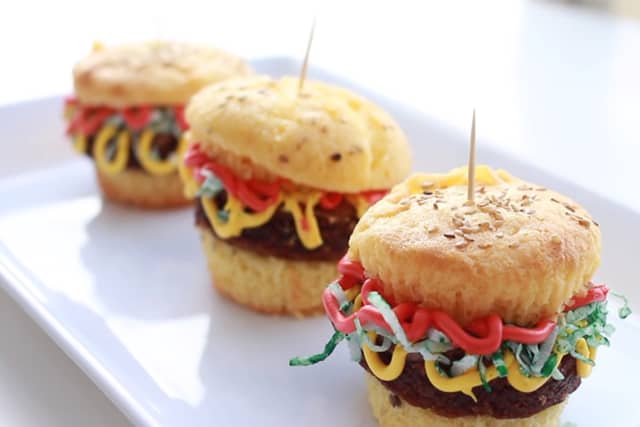 Q: How many hamburger cupcakes does this recipe make?

A: This recipe makes 12-15 hamburger cupcakes.

Q: Can we make this ahead and freeze it?

A: Yes, you can freeze the cupcakes and the brownies and assemble the hamburger cupcakes when you are ready to serve. 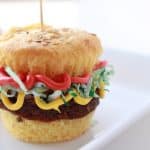 Make this super creative Hamburger cupcakes – vegetarian-friendly, no meat involved, delicious and easy to make dessert cupcakes all in one recipe!

If you’ve tried this or any other of my recipes, don’t forget to rate the recipe and to leave me a comment. I love hearing from you!

Find out more or adjust your settings.

This website uses cookies so that we can provide you with the best user experience possible. Cookie information is stored in your browser and performs functions such as recognising you when you return to our website and helping our team to understand which sections of the website you find most interesting and useful.

Strictly Necessary Cookie should be enabled at all times so that we can save your preferences for cookie settings.

If you disable this cookie, we will not be able to save your preferences. This means that every time you visit this website you will need to enable or disable cookies again.