Ooey, gooey, easiest ever Cinnamon Roll Bites that give you the great taste of cinnamon rolls, but without the work! It’s perfect for breakfast, dessert, or even a snack!

What are Cinnamon Roll Bites?

This easy Cinnamon Roll Bites recipe is made with slices of refrigerated biscuit dough coated with cinnamon sugar mixture then baked to delicious and drizzled with a sweet glaze. In this easy breakfast recipe, store-bought biscuit dough can do that you don’t have to use flour or yeast.

Ingredients you will need:

Before starting, don’t forget to preheat the oven to 350F and grease an 8×8 inch pan. Doing this step always before mixing the ingredients would save you tons of time and would make baking more enjoyable.

Cut the dough into 4 and then set aside when finished:

Next mix the sugar and cinnamon together:

Then dip the dough in the sugar/cinnamon mixture until it’s coated:

Place the dough in an 8×8 inch pan which is greased making sure the dough is very close to each other:

After assembling all the dough in the baking dish, drizzle the butter over the dough then pop it into the oven for 20-25 minutes:

Once the dough finished baking, remove it from the oven and immediately pour the glaze over.

Now, here’s how to make the glaze:

Pour the glaze over and put it back in the oven for about 10 minutes:

By this time, your kitchen would smell so good!

Take a portion and enjoy these super easy Cinnamon Roll Bites! It is best enjoyed with a cup of black coffee or soda if you are not afraid to sugar-load 🙂

I will be hosting a party. Can I assemble the cookie dough ahead?

Yes! Cover it with cling wrap and chill until you are ready to bake them. Do not pour the melted butter, but pour it when you are about to bake them.

Can I use salted butter for this recipe?

No, you need to use unsalted butter. The salted butter would affect the taste and would make your cinnamon roll bites salty, even with the sweet glaze on top.

Can you freeze cinnamon bites?

Yes, store them in an airtight container or wrap them tightly with plastic wrap on a plate before freezing for 8 hours or up to 6 weeks.

If you like this recipe, you’re going to enjoy these ones too: 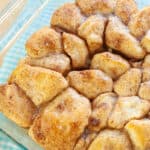 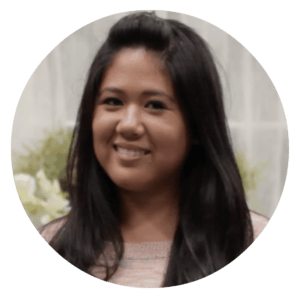 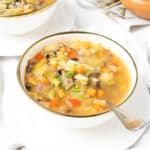 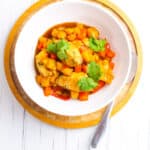 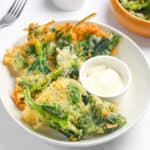 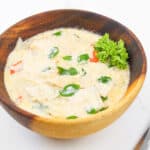 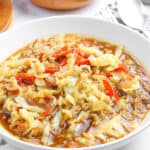 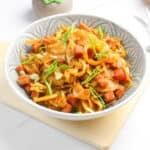